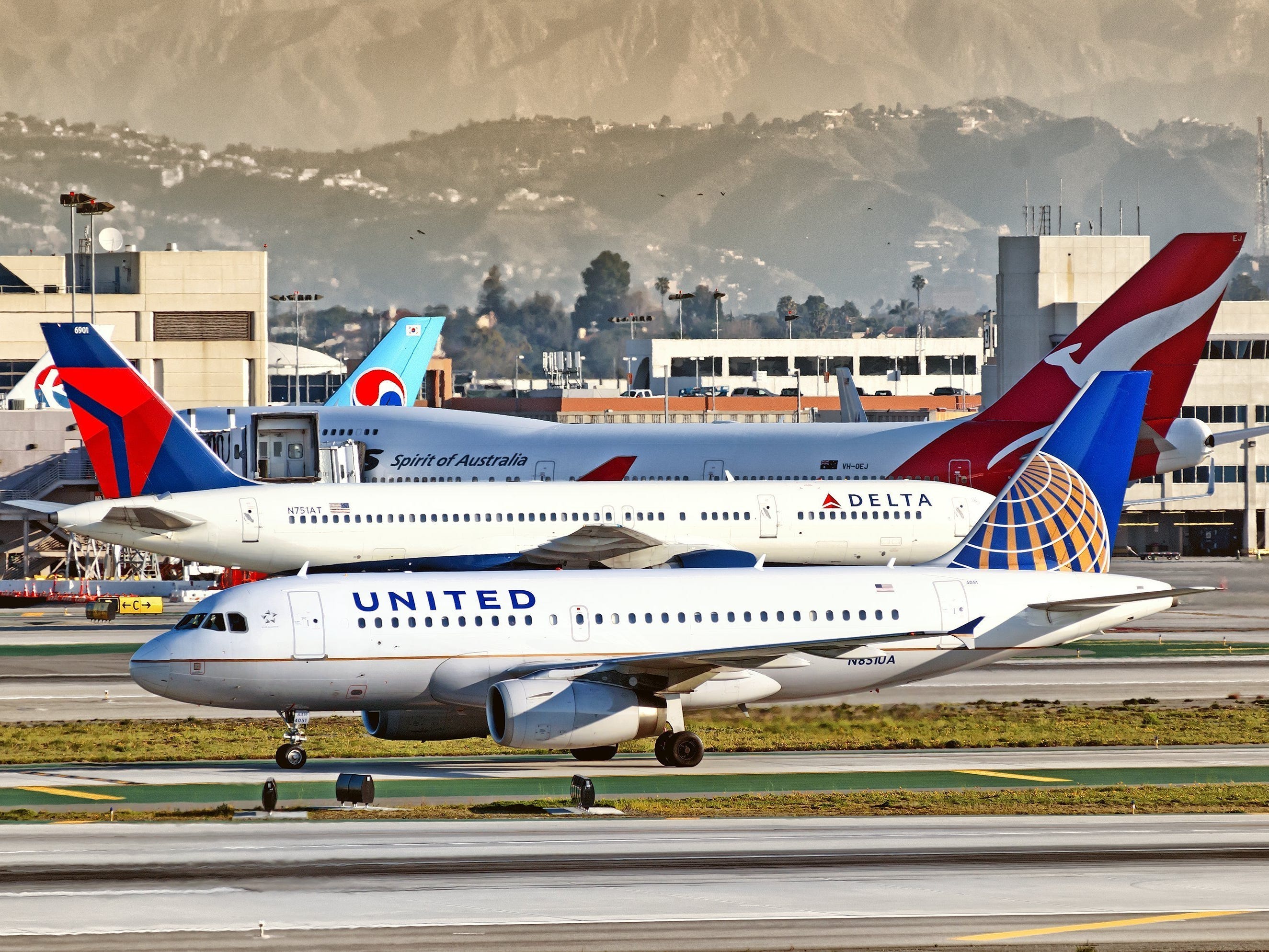 United Airlines and Delta Air Lines are the only two US airlines impacted by new travel restrictions to southern Africa.
Both airlines fly non-stop between the US and Johannesburg, South Africa, with United planning to also fly to Cape Town, South Africa starting December 1.
Flights to South Africa were temporarily suspended during the COVID-19 pandemic but both airlines resumed flying in 2021.

New international travel restrictions being implemented by the US government will affect the two US airlines that fly between the US and southern Africa.

United Airlines and Delta Air Lines are currently the only American airlines serving South Africa, from where travel will be restricted from November 29. Both airlines currently fly to Johannesburg, South Africa's largest city, while United had planned to resume flights to Cape Town in December.

Delta confirmed to Insider that is not currently planning any service changes in light of the new restrictions.

"The health and safety of our employees and customers remains our top priority," the statement on Delta's website reads. "Delta will continue to work closely with our government partners to monitor the new COVID-19 variant and any travel restrictions."

United did not immediately return Insider's request for comment on how the travel restrictions would impact its flights.

The two airlines, among the largest international carriers in the US, had both flown to South Africa prior to the COVID-19 pandemic and suspended flights to the country in March 2020. Flights only resumed in 2021 well after South Africa reopened its borders to international visitors.

Delta stopped flying between Atlanta and Johannesburg on March 22, 2020, and resumed the route on August 1, 2020. At a range of nearly 7,500 nautical miles, the Atlanta-Johannesburg route is the longest in the Delta network and is served by an Airbus A350-900 XWB aircraft, one of the newest in the airline's fleet.

Ghana and Nigeria are not affected by the new US travel restrictions.

United began its non-stop flights between Newark and Cape Town in December 2019, just four months before the pandemic forced that route to be temporarily suspended. Flights are scheduled to resume on December 1 but it's unclear whether they will actually fly given the new restrictions.

Boeing 787 Dreamliner aircraft are used for both United routes, with each boasting a distance of nearly 7,000 nautical miles that make them among the longest in United's network.

No airlines, American or otherwise, currently fly between the US and the other seven southern African countries slated to be impacted by the Biden administration's restrictions, including Zimbabwe, Botswana, Lesotho, Mozambique, Eswatini, Malawi, and Namibia.

Repatriation flights for US citizens have not yet been announced by either airline for Americans to return home without having to transit through third countries. Qatar Airways and Emirates, two global airlines that earned a reputation for flying repatriation flights during the early months of the pandemic, have both said they will not fly travelers from some southern African countries.

South African Airways stopped flying between the US and South Africa on March 29, 2020, and has not resumed flights in part due to the pandemic and in part because of its financial restructuring initiatives.

American citizens and foreign nationals flying to the US will need to show a negative COVID-19 test before boarding their flight. The validity of the test required to travel will depend on the vaccination status of the traveler.