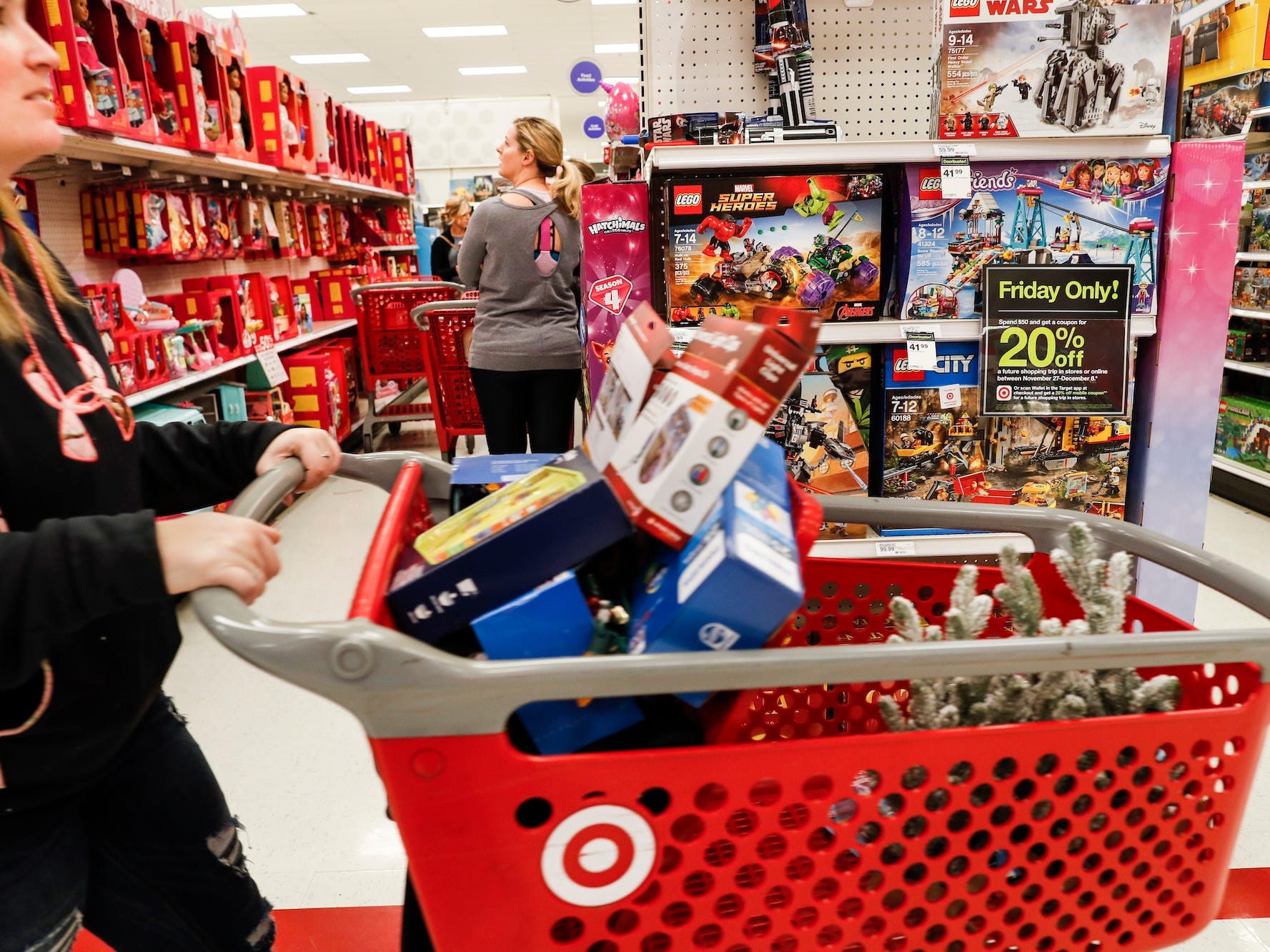 Target will keep stores closed on Thanksgiving Day again in 2021, and going forward.
Despite last year's closure and the pandemic, Target saw a 17% jump in sales during the holidays.
Shoppers plan to spend 12% more this Thanksgiving weekend than in 2020, a Deloitte survey found.

The retailer announced Monday that while some staff will report to its call and distribution centers on Thanksgiving, stores across the country will stay shuttered, according to the Associated Press.

"What started as a temporary measure driven by the pandemic is now our new standard — one that recognizes our ability to deliver on our guests' holiday wishes both within and well beyond store hours," Brian Cornell, Target's CEO, wrote in a note to employees, per the AP.

Target was among several major retailers, including Walmart, that kept stores closed on Thanksgiving 2020 in an effort to cut back on holiday shopping crowds as COVID-19 cases surged nationwide. Target also began rolling out its holiday deals as early as October and expanded the number of products eligible for delivery or store pickup in an effort to curb high volumes of in-store shoppers.

Target announced in January that it would also keep its stores closed this Thanksgiving as well because the response last year was "so positive." Monday's announcement makes the change permanent going forward.

Prior to the pandemic, Target had opened its doors on Thanksgiving Day for roughly a decade, according to the AP. The move, also adopted by other major retailers like Best Buy and Macy's, was an effort to get a head-start on the Black Friday shopping holiday and compete with Amazon. Not everyone was a fan of the decision, however, with critics saying it encouraged more spending and required employees to come to work on a holiday.

But staying closed last year didn't dent Target's profits: Despite the pandemic, Target saw a 17% jump in sales in 2020 compared to the year prior.

Spending over the Thanksgiving weekend, including Black Friday and Cyber Monday, is expected to be even higher this year. Shoppers plan to spend $448 on average over the holiday weekend, a 12% spike from 2020 and higher than pre-pandemic levels, according to Deloitte's Pre-Thanksgiving Pulse Survey.

And while most of that spending — 60% — is expected to take place online, consumers are expected to return to stores this year. Deloitte's survey found that 56% of Black Friday shoppers are planning to shop in person this year, up from 41% last year.