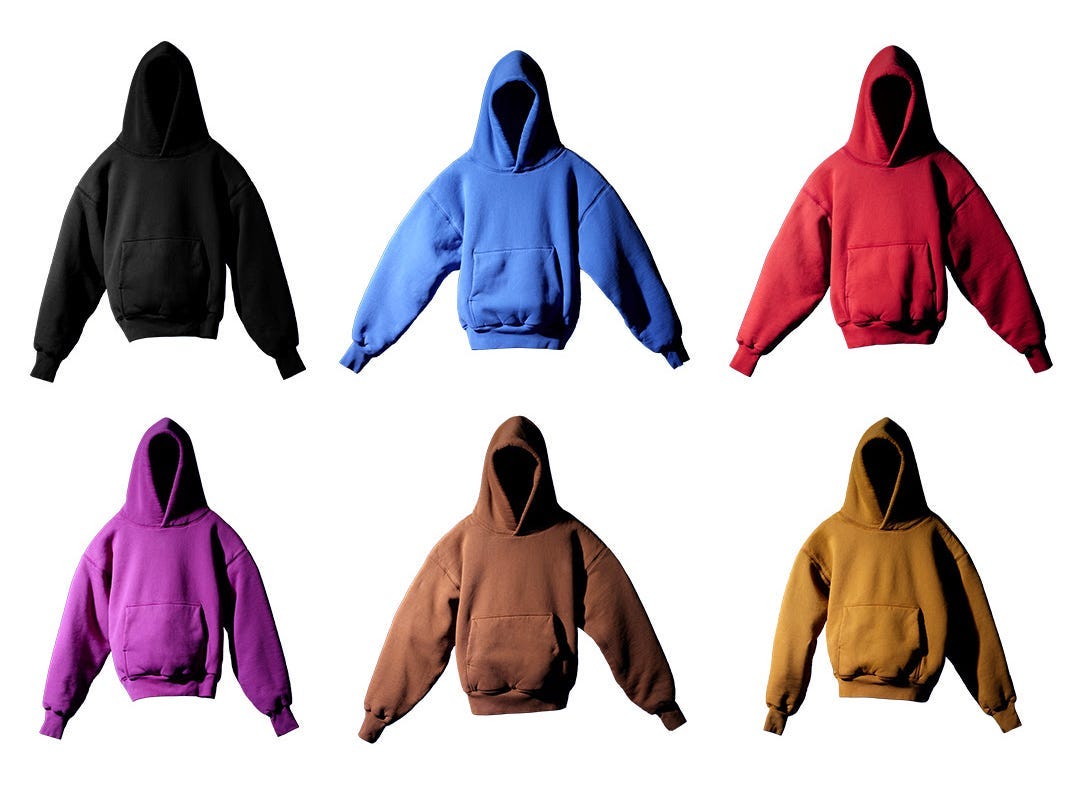 The Yeezy hoodie delivered the most sales in a single day in Gap.com's history, Gap said.
It's the second product in Kanye West's 10-year deal with the 52-year-old retailer.
The first item, called the Round Jacket, is being resold for two or three times its original price.

Kanye West's collaboration with Gap is paying off for the 52-year-old retailer.

Gap reported its third-quarter earnings results Tuesday, missing on both earnings per share and revenue and revising its full-year outlook as global supply chain hold-ups continue to delay products. But one bright spot in Gap's earnings was its partnership with Kanye West's Yeezy brand.

On September 29, Yeezy Gap rolled out a $90 cotton hoodie in six colors for both kids and adults. It sold out in a matter of hours, and Gap said Tuesday that the hoodie delivered the most sales in a single day in Gap.com's history.

The majority of the customers who bought the hoodie — 70% — were new to the brand, Gap said.

The hoodie was the second product West has created as part of the partnership — the first Yeezy Gap product, a cotton puffer called the Round Jacket, came in red, blue, and black and retailed for $200. Like the hoodie, the jacket was only available for preorder, and resellers are now offering it up for twice or three times as much as the original price.

West, who famously worked at a Gap store in Chicago as a teenager, signed a 10-year deal with Gap in 2020 with the promise to create men's, women's, and kids' apparel. Wells Fargo analysts estimated earlier this year that the collaboration could bring in roughly $1 billion in sales in the first year.

While terms of the deal were never disclosed, West told actor and podcast host Nick Cannon in September 2020 that his net worth nearly doubled, from $3.3 billion to $5 billion, after signing with Gap.