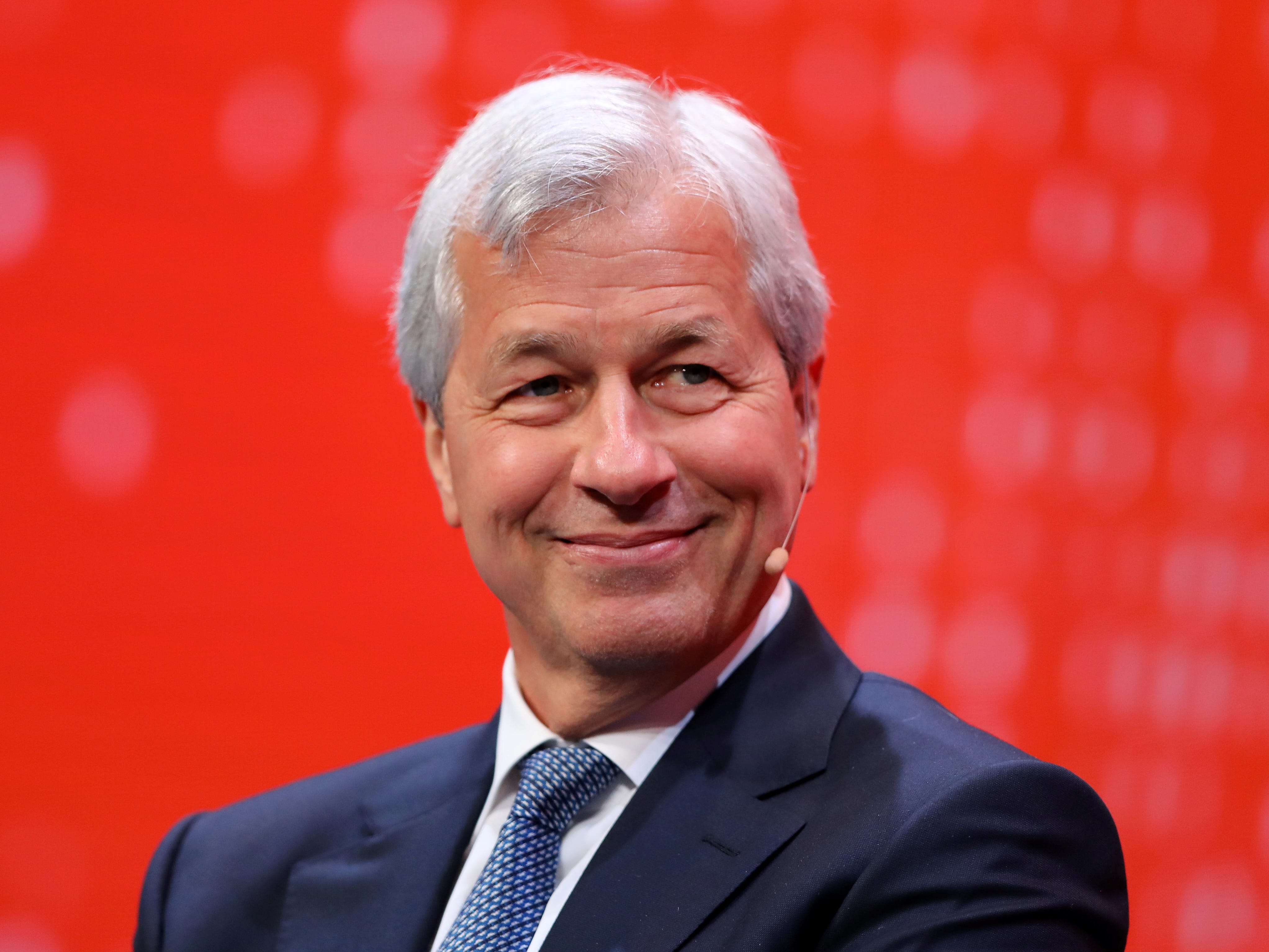 JPMorgan has been operating in China since 1921, the same year the Communist Party was founded there.
Earlier this year, JPMorgan won approval from regulators to fully own its China securities venture.
JPMorgan CEO Jamie Dimon reiterated his bank's commitment to doing business in China.

While reiterating his bank's commitment to doing business in China, Dimon said: "I made a joke the other day that the Communist Party is celebrating its 100th year — so is JPMorgan. I'd make a bet that we last longer."

Dimon added: "I can't say that in China. They are probably listening anyway."

JPMorgan has been operating in China since 1921, the same year the Communist Party was founded there. Earlier this year, it won approval from Chinese regulators to fully own its China securities venture.

Speaking as part of a Boston College series of CEO interviews, Dimon offered his views on a broad range of topics.

Dimon expects inflation from supply chain issues will prove fleeting but that higher oil prices and wages will not go away, he said. He anticipates a percentage point or two of the recent 5% U.S. inflation pace will fade as prices for items such as used cars and lumber stop rising.

"There are other things which are probably not that transitory," Dimon said. "I don't think oil prices are going down."

Dimon estimated there is about a one-third chance that inflation would be slight enough to bring on moderate increases in market interest rates that do not push the economy into recession. There's an equal chance that inflation will go higher and push the Federal Reserve to withdraw support for the economy, perhaps causing a mild recession, he said.

"Consumers and businesses are in good financial shape and there is still more monetary and fiscal stimulus coming," he said.

Asked about cryptocurrencies, Dimon repeated prior warnings to buyers. "It is not really a currency," Dimon said, calling them "crypto tokens" with no intrinsic value that have run up in price on speculation fueled by government stimulus payments.