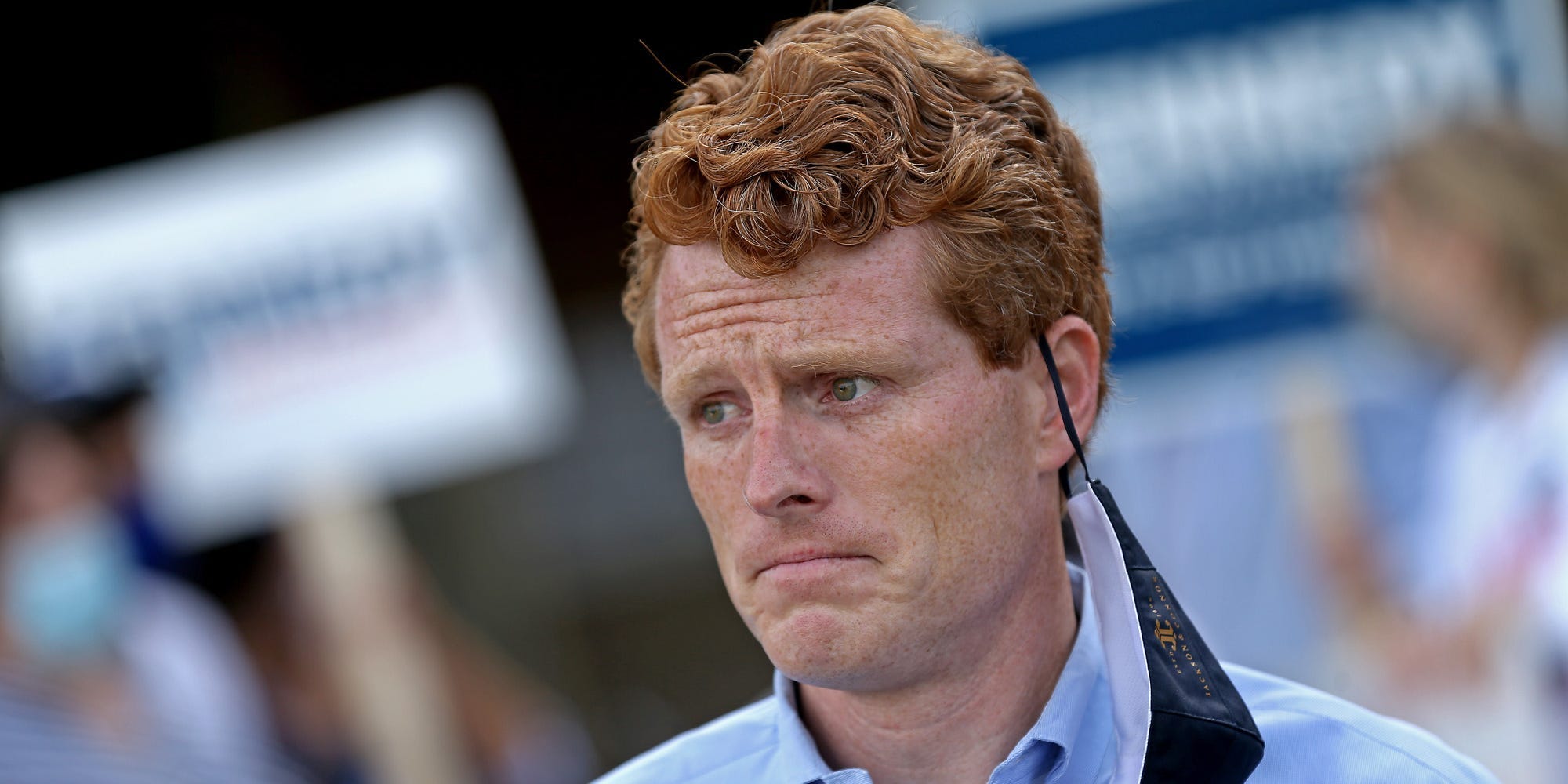 Kennedy illegally spent $1.5 million in general election funds before losing the primary to Ed Markey.
His campaign reported itself to the FEC last year and Kennedy paid all of that money back himself.
Now, the commission voted 5-1 to fine his defunct Senate campaign another $35,000.

The Federal Election Commission hit former Massachusetts Rep. Joe Kennedy III's Senate campaign with a $35,000 fine after he improperly spent $1.5 million in campaign funds during his 2020 primary challenge to Sen. Ed Markey, according to documents made public on Friday.

"We appreciate working with the FEC to reach an agreement. The fine has been paid, and we are grateful to close this unfortunate chapter," Kennedy spokesperson Emily Kaufman told POLITICO's Massachusetts Playbook.

When individuals or PACs contribute to campaigns, they designate their donations as being either for the primary election or the general election. The Massachusetts Democrat and political scion launched a primary campaign against Sen. Ed Markey in 2019, seeking to capitalize on his family name and calling for younger leadership.

"I think if he were not from the Kennedy family, with the advantage that gives you — he would not have run against Markey," former Massachusetts Rep. Barney Frank told Insider in 2020.

But Markey routed Kennedy by nearly 11 percentage points after the incumbent senator garnered the support of progressive stalwarts like Rep. Alexandria Ocasio-Cortez. It was the first time a member of the Kennedy family lost in election in Massachusetts.

In the final month of the bitter-fought campaign against Markey, Kennedy apparently spent $1.5 million in funds that had been designated for a general election that his campaign would never live to see, a blatant violation of campaign finance law.

The campaign reported itself to the commission, and Kennedy refunded the general election contributions with his own personal fortune.

"After an internal review, I believe it was an honest mistake by those involved, resulting from misinformation, not malintent," Kennedy told the Boston Globe in October 2020. "But as the candidate, I take full responsibility for the error that occurred and have worked to rectify it as expeditiously as possible."

In October, the FEC voted 5-1 to fine Kennedy's campaign as part of a conciliation agreement. Republican Commissioner Sean Cooksey was the sole vote against the agreement, arguing that the fine was punitive and didn't recognize the efforts the former congressman made to rectify the mistake.

"Kennedy did something exceptional: he contributed over $1.5 million of his own money to the Committee to cover the spent funds," said Cooksey. "But no good deed goes unpunished. Rather than dismissing the matter, the Commission voted 4-2 to find reason to believe the Committee violated the law."

Cooksey also argued that the fine sent the wrong message to other campaigns.

"I believe a discretionary dismissal would have encouraged other candidates to take similar steps to ameliorate their campaigns' mistakes, rather than abandoning their often-insolvent committees after an electoral loss to the detriment of their contributors," he said. "The reasoned exercise of prosecutorial discretion is essential to the effective and just administration of our campaign-finance laws."