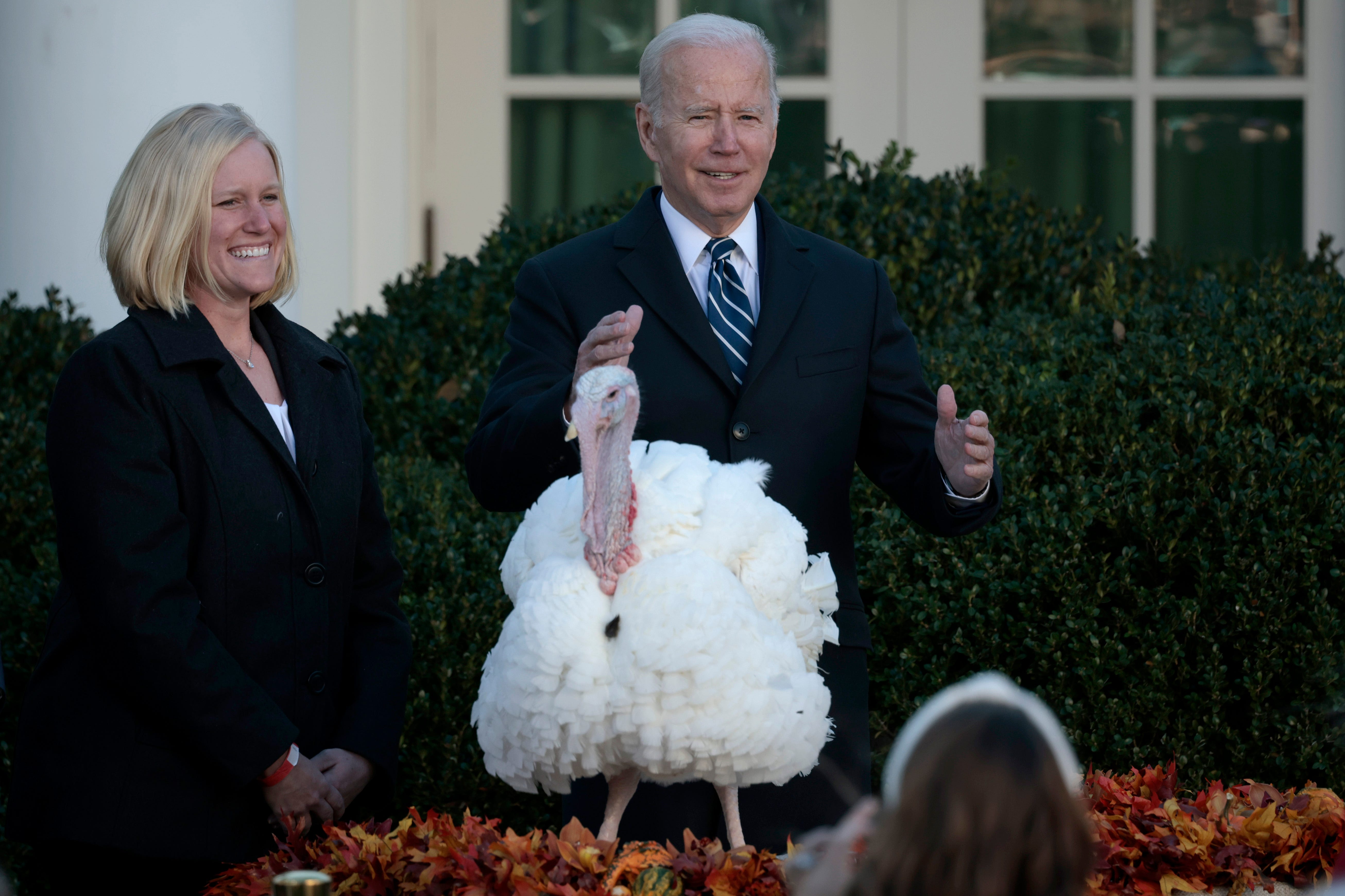 US President Joe Biden pardons Peanut Butter the turkey during the 74th annual Thanksgiving turkey pardoning in the Rose Garden of the White House on November 19, 2021 in Washington, DC.

President Joe Biden and first lady Jill Biden are scheduled to spend Thanksgiving at a house owned by billionaire businessman David Rubenstein on the island of Nantucket in Massachusetts, the White House confirmed on Wednesday.

"The First Family will stay at the home of their friend, David Rubenstein, as they have done previously," the White House told reporters in a statement cited by The New York Times and others. The Nantucket Current was the first to report, on Monday, that the Bidens would stay at Rubenstein's home.

Rubenstein, the cofounder of private equity firm Carlyle Group, would be traveling abroad, The Times reported. He has a net worth of $4.6 billion, per Forbes.

Spending Thanksgiving on the Massachusetts island is a decades-long family tradition for the Bidens. Last year was an exception — the president's family remained in Delaware amid COVID-19 concerns.

White House Press Secretary Jen Psaki said in a briefing on November 19 that Biden and his wife would travel to Nantucket on Tuesday, and would remain there for the Thanksgiving holiday.

On Tuesday, a reporter asked Psaki in a briefing about what message it sent to middle-class Americans who are struggling to afford Thanksgiving celebrations that Biden would stay in a "billionaire's compound in Nantucket."

Psaki didn't confirm at the time where Biden would be staying, but said the administration had been working to ensure Americans have more money to spend.