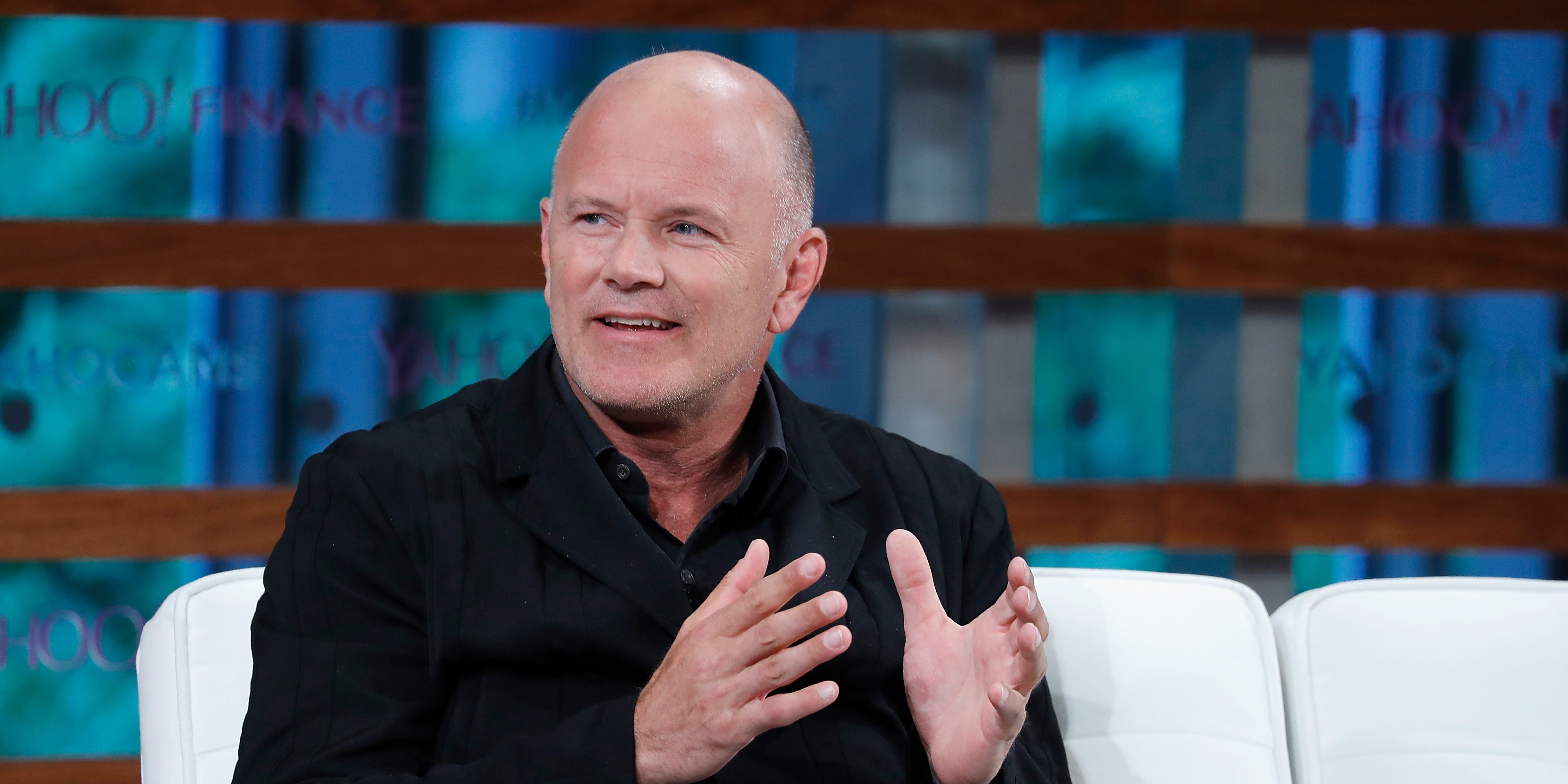 Mike Novogratz is a big name in the crypto world.

Jerome Powell's second term as Fed chair may bring some pain for crypto assets, Mike Novogratz has said.
Novogratz said Powell may now feel freer to tackle inflation by tightening monetary policy.
The bitcoin bull said this would slow all assets down, including crypto and tech stocks.

Billionaire investor Mike Novogratz has said Fed Chair Jerome Powell could be about to slow down the crypto market now he's been nominated for a second term.

Novogratz told CNBC on Wednesday the "macro story has changed a little bit" and that "people are getting pretty bearish" on cryptocurrencies.

"Powell gets reappointed, and so maybe it allows him to act more like a central banker than a guy that wants to be reappointed," Novogratz said on CNBC's "Crypto Night In America."

"And we have inflation showing up, you know, in pretty bad ways in the US," he said. "And so we can see, is the Fed going to have to move a little faster?

Powell has overseen the biggest monetary stimulus in US history to help the economy cope with the coronavirus crisis.

But the Fed is now grappling with the strongest inflation in 31 years. It has already trimmed the rate at which it is purchasing bonds, and minutes from its last monetary policy decision, released Wednesday, showed officials are open to dialling down quantitative easing even faster.

Read more: Here's a bank-by-bank rundown of how Wall Street is getting in on the crypto craze, from bitcoin futures trading to digital-asset teams

Financial markets show investors now think it's the Fed could raise interest rates in May, according to CME Group's FedWatch tool.

Bitcoin and other cryptocurrencies such as ether and dogecoin are among the many assets that have been lifted by the flood of money from the Fed in the last year and a half.

Novogratz has previously predicted bitcoin would hit $100,000 by the end of the year, but said that now looks unlikely. Bitcoin was up 3.83% on Thursday to $58,667 on the Bitstamp exchange.

However, the former hedge fund manager, who now runs crypto investment company Galaxy Digital, said there is still lots to be excited about in the world of digital assets.

"The amount of institutions Galaxy sees moving into this space is staggering. I was on the phone with one of the biggest sovereign wealth funds in the world today, and they've made the decision on a go-forward basis to start putting money into crypto. I've had the same conversations with big pension funds in the United States," he said.