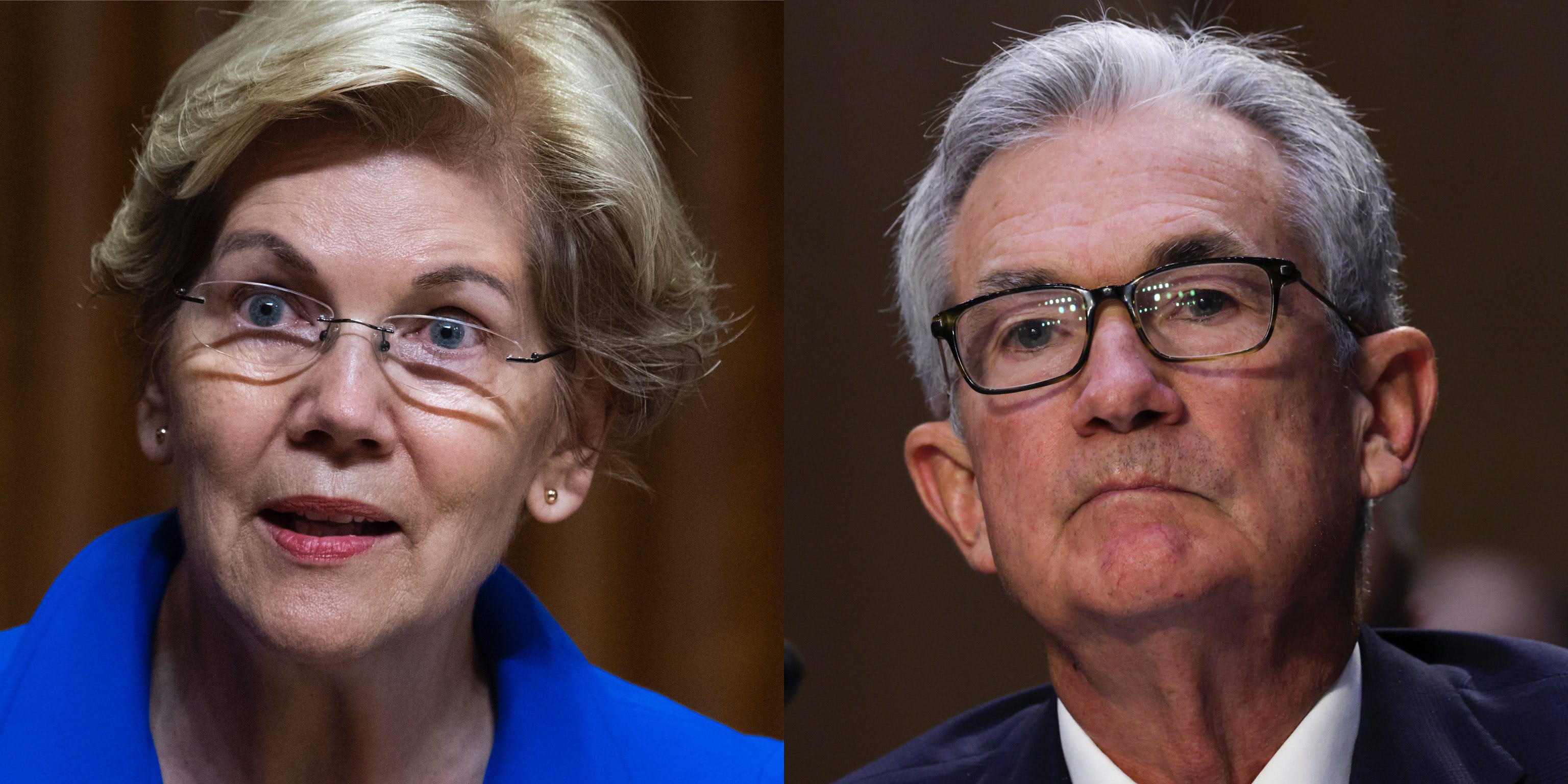 Biden's renomination of Jerome Powell for Fed chair is his latest stiff arm to progressive Democrats.
The left saw its social-spending proposal whittled down and lost its leverage in the infrastructure vote as Biden courted centrists.
Progressives opposed Powell but never offered an alternative, a former Fed analyst told Insider.

Biden tapped Powell to serve a second term as the Fed's leader on Monday, confirming what most experts anticipated for weeks. The Fed chair is almost certain to be confirmed, since senators on both sides of the aisle have lined up in support of a second term for him.

But a certain group of Democrats take it as another sign of Biden acting more like the centrist he was before taking office and less like the left-winger who pushed for trillions in social and stimulus spending: the progressives who fiercely opposed a second term for Powell.

A group of House Democrats including Alexandria Ocasio-Cortez and Rashida Tlaib said in an August letter to the White House that Powell didn't adequately address climate change and economic inequality. Sen. Elizabeth Warren deemed Powell a "dangerous man" for his handling of financial-sector regulation. Sens. Sheldon Whitehouse and Jeff Merkley announced Friday they won't back Powell for renomination, citing worries around the Fed's approach to climate change.

Yet Biden picked Fed continuation over a more progressive candidate. Republican Senators including Sens. Thom Tillis and Mitt Romney have already thrown their support behind Powell, offsetting the Senate Democrats set to vote against his confirmation.

Part of progressives' problem was that they never proposed an alternative, Kaleb Nygaard, a senior research associate at the Yale Program for Financial Stability and a former Chicago Fed analyst, told Insider. By not presenting specific alternatives to Powell, the group couldn't have expected "anything more than what they got," Nygaard added.

"They named a few issues, but they didn't name a name," he said. "They had a real potential to do that in the spring and summer to coalesce behind somebody."

The only candidate seen as an alternative pick for the Fed chairmanship was central bank governor Lael Brainard,who emerged as a potential choice seen as more dovish and left-leaning, although none of the aforementioned progressives lobbied hard for her.

There's little chance a Brainard-led Fed would differ from the status quo. Brainard's speeches point to a slightly more dovish stance, but picking her would've made "little difference" at the central bank, Norbert Michel, director of the Center for Monetary and Financial Alternatives at the Cato Institute, said.

"Historically, the Fed moves slowly and deliberately, rarely changing course without broad agreement among the Board and the rest of the Open Market Committee," he said. 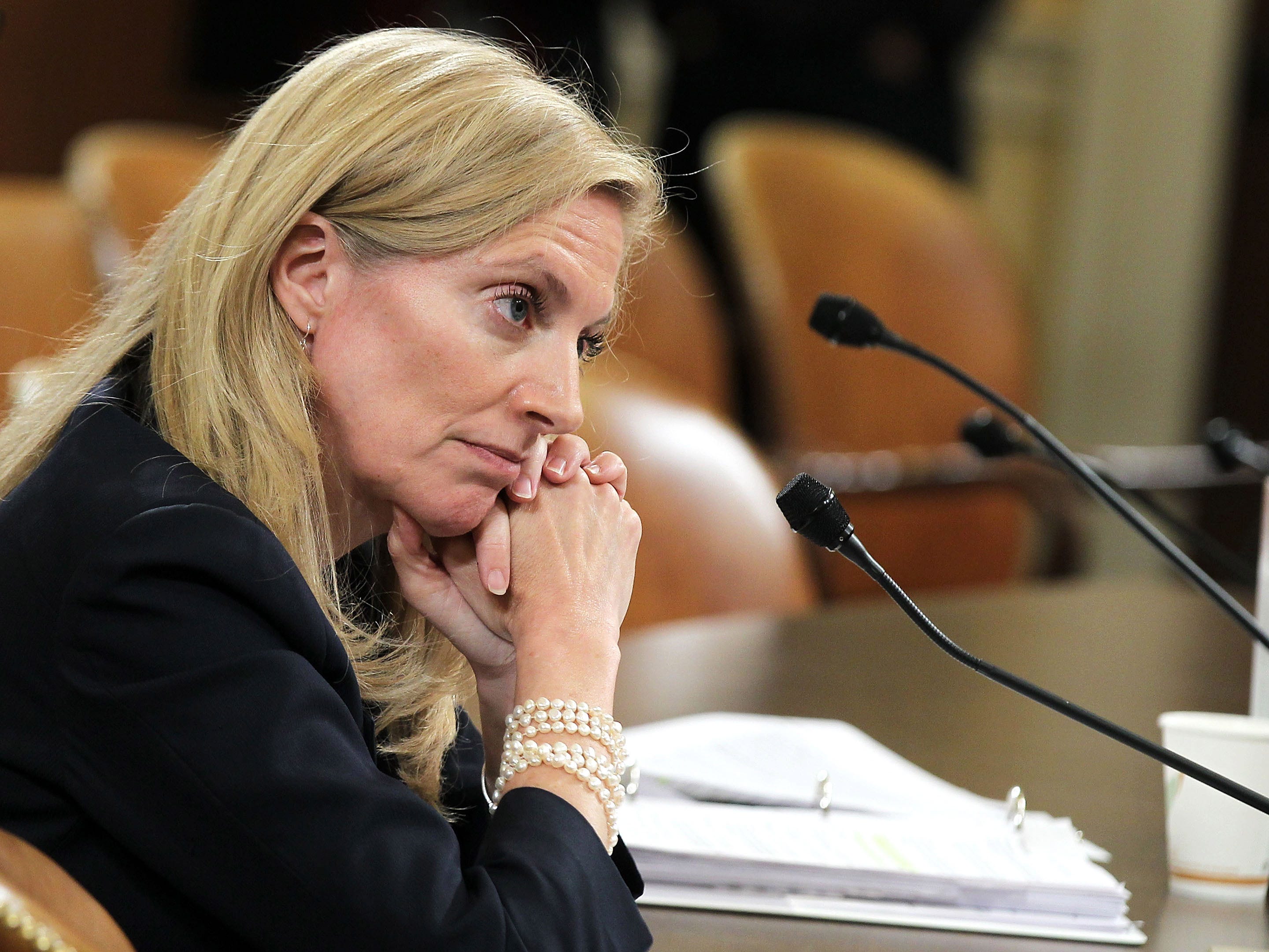 Another setback for Biden-era progressives

The Powell nomination echoes progressives' other snubs in the Biden era. The contingent had aimed to pass a social-spending package as large as $6 trillion through the summer. That was slashed twice, first to $3.5 trillion and then to $1.75 trillion as centrist Democrats including Sens. Joe Manchin and Kyrsten Sinema balked at the price tags. While Biden pushed for a larger deal, he eventually settled with the more centrist camp.

Progressives' ultimate lack of pull with Biden was revealed during this process. They long insisted that they wouldn't vote for the bipartisan infrastructure package unless it was bundled with the Build Back Better spending plan, and House Speaker Nancy Pelosi held to their demands for months, but eventually held an early November vote without any bundling. Progressives including AOC and Ilhan Omar voted against the plan, but the House still approved the bill. The House passed the social spending plan in late November, but there's still no guarantee that centrist senators will approve it.

Despite Biden's centrist choice of Powell, there are signs of a more progressive Fed. The central bank's updated framework targets maximum employment over full employment, a small but important tweak that focuses on fostering a stronger labor market for low-income Americans and minorities. Fed researchers have also increasingly examined the effects climate change has on the financial system. And Brainard is set to get a promotion, just not the top job; Biden is nominating her as Powell's vice chair.

But if these efforts are still too small to please progressives, that's just the nature of the Fed, Nygaard told Insider.

"If I was consulting progressives, it would be: Focus your efforts on Congress, even if it is your goal to get the Fed to do more,'" he said. "The Fed is going to be cautious about dipping into the climate and wealth inequality stuff."

And while many progressives reiterated their objection to Powell following the Monday nomination, Biden continued to throw the group a bone in an afternoon press conference.

Powell "made clear to me that a top priority will be to accelerate the Fed's effort to address and mitigate the risk that climate change poses to our financial system and our economy," Biden said. The chair also said the Fed will also take "a more proactive role" in regulating the financial sector, the president noted.

Like so many other things in the still-developing Biden era, progressives will have to settle for that.