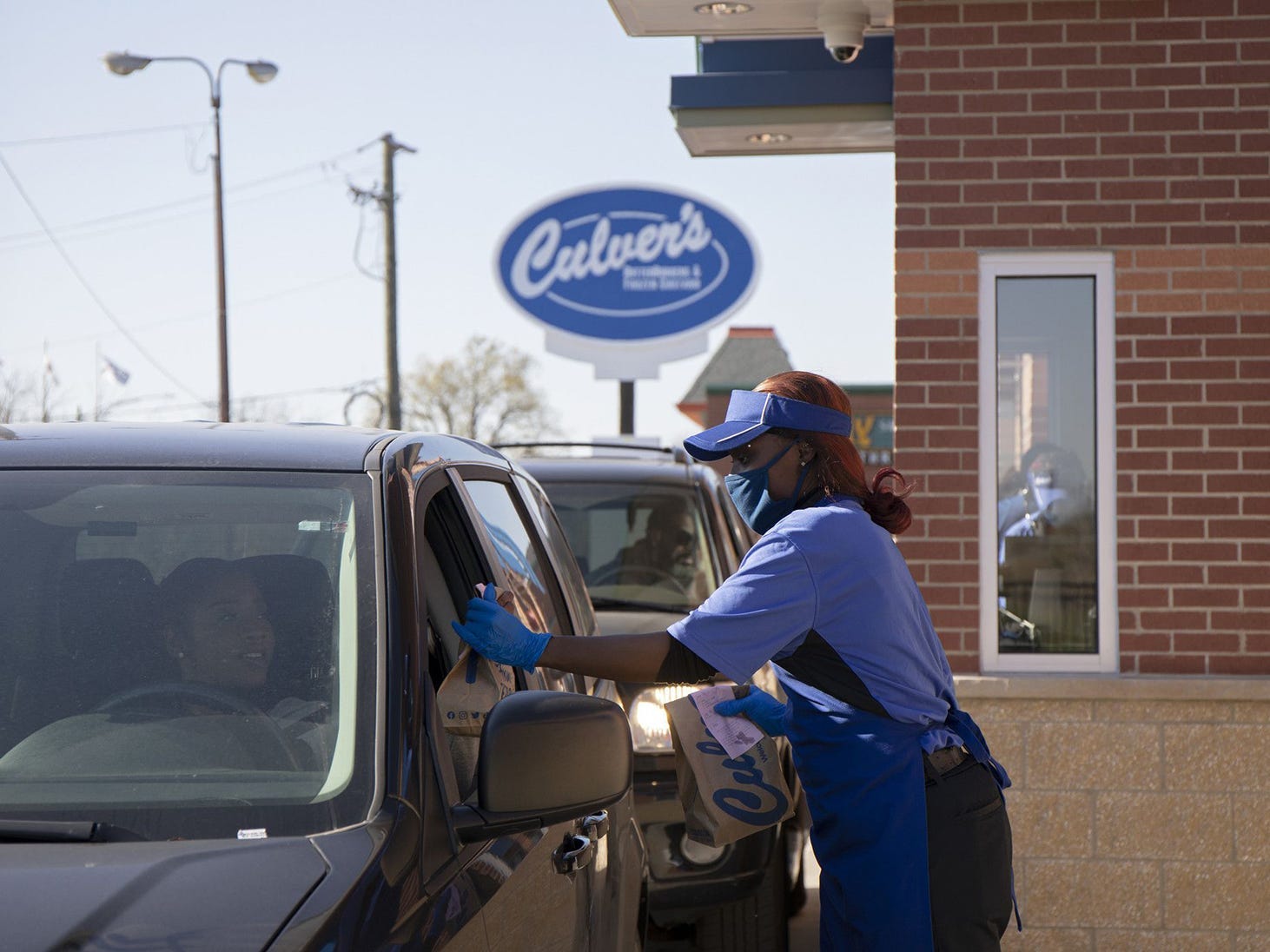 The Culver's in Findlay, Ohio (not pictured) switched to drive-thru only because of a worker shortage.

An 81-year-old told CNN she took a job at a Culver's restaurant 12 years after retiring.
She said she applied after the understaffed restaurant had to switch to drive-thru only.
"I don't like eating in my car," she told CNN. "They just got to get open."

An 81-year-old great-grandmother in Ohio said she took a job as a runner at her favorite restaurant after it was forced to shut its dining room because of a staff shortage.

Bonnie August, who retired in 2009, told CNN that she applied for the job after the hamburger and frozen-custard chain's Findlay restaurant switched to drive-thru only. "I don't like eating in my car," she said. "They just got to get open." She said she'd been going to the restaurant since it opened 10 years ago.

Restaurants across the US, including chains like Chick-fil-A, Wendy's, and McDonald's, have been shutting their dining rooms and pivoting to drive-thru and delivery only because they can't find enough staff. Their owners say this means they can provide better and faster service, and save money on labor costs.

Danielle Doxsey, franchisee of the Culver's in Findlay, told CNN that she closed the restaurant's dining room due to a combination of surging demand and a shortage of staff.

August said she often worked five days a week, and that her job involved bringing orders to customers' cars. "My job listing says runner," she told CNN. "I don't run anymore, I just hurry as fast as I can."

Other retirees have been returning to the workforce amid the labor shortage, rising wages, and the vaccine rollout.

The owner of a jewelry store in Washington State said her husband had come out of retirement to help plug the store's staff shortage. A city in northern California is even urging retirees to return to work and help ease its labor shortage.

Got a story about the labor shortage? Email this reporter at gdean@insider.com.