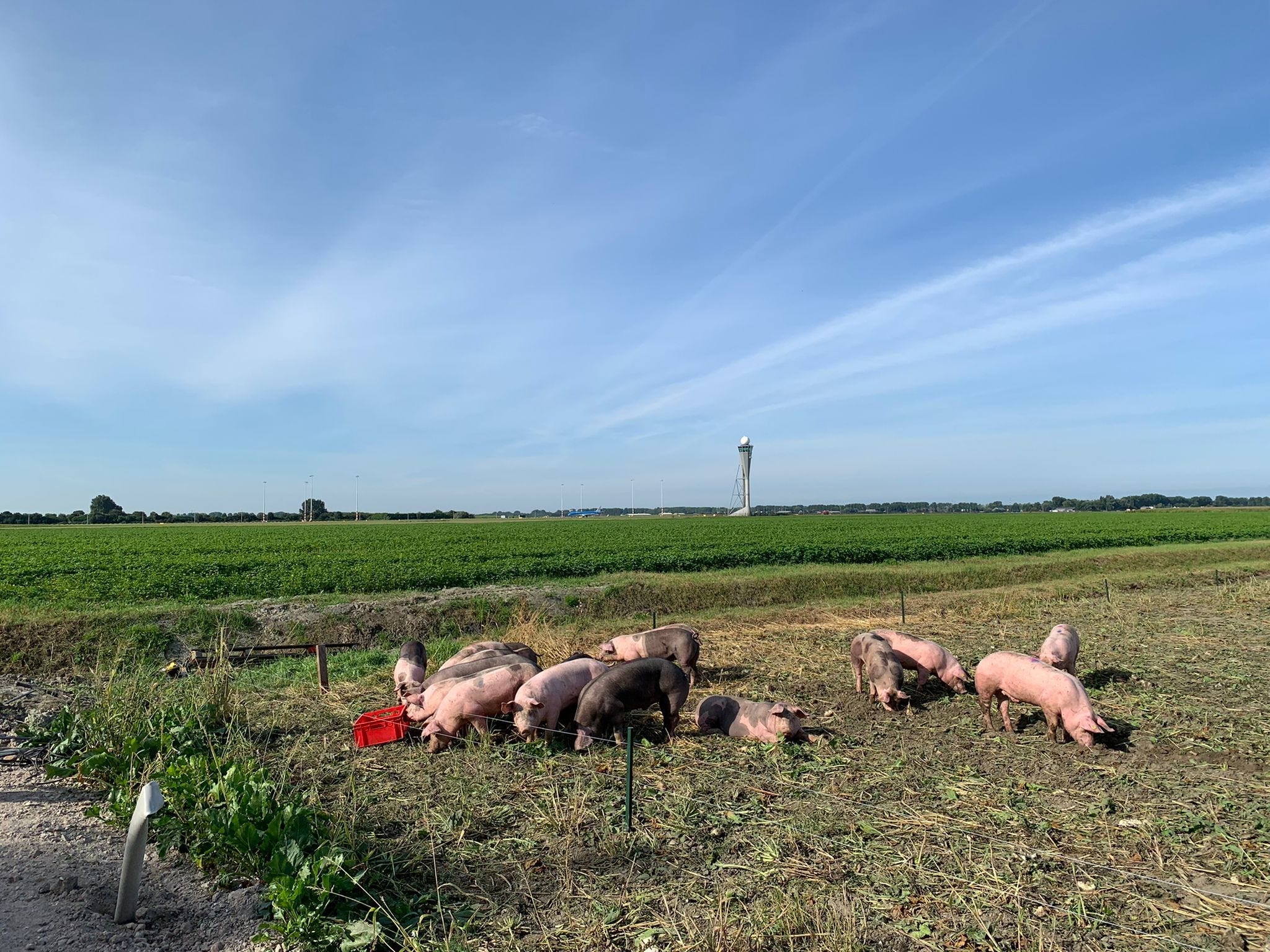 Schiphol International Airport in Amsterdam launched a pilot program to find out whether pigs might be able to help ward off birds on airport grounds.

Pigs were used to fend off birds around the main international airport of the Netherlands.
The pilot program launched in Amsterdam was established to reduce the number of bird strikes.
About 20 farm animals were used to chase away larger birds from aircrafts.

In Amsterdam, pigs were recently used to help fend off birds from airport grounds.

About 20 farm animals were used to chase off larger birds, such as geese, in the area surrounding Schiphol International Airport in Amsterdam, the airport said in a press release.

The pilot project was conducted in September to find out whether pigs might be able to help ward off birds from aircrafts. Birds are a danger for airports and planes because they can cause damage if they get sucked into plane engines. They can also damage to the plane exterior, cause crashes, and harm passengers.

How it works: the pigs would be able to come and eat the crop leftovers, which attract birds, removing a source of food.

The pigs grazed on a plot of land between two runways where sugar beets were recently harvested. Bird activity in the area with the pigs was compared to a plot without pigs.

Schiphol is the main international airport of the Netherlands, and one of the biggest transport hubs in Europe. It's the third busiest airport in Europe, following London Heathrow and Paris Charles de Gaulle.

Koster said that the project was "informative," and that the data collected will be examined in the coming months, and a decision on the longer-term use of pigs is expected early next year.

In 2020, the airport saw around 150 bird strikes, Koster told CNN. Birds tend to cause serious danger to aircrafts when the animals are sucked into the engines.

Schiphol is also taking structural measures to keep birds away from aircrafts. For instance, 20 bird controllers were set up to keep track of bird activity at the airport.

The controllers work throughout the airfield to keep the birds away at all hours of the night and day by using special sounds and laser beams. Other measures are also in place, like using special types of grass that's unappealing for birds.