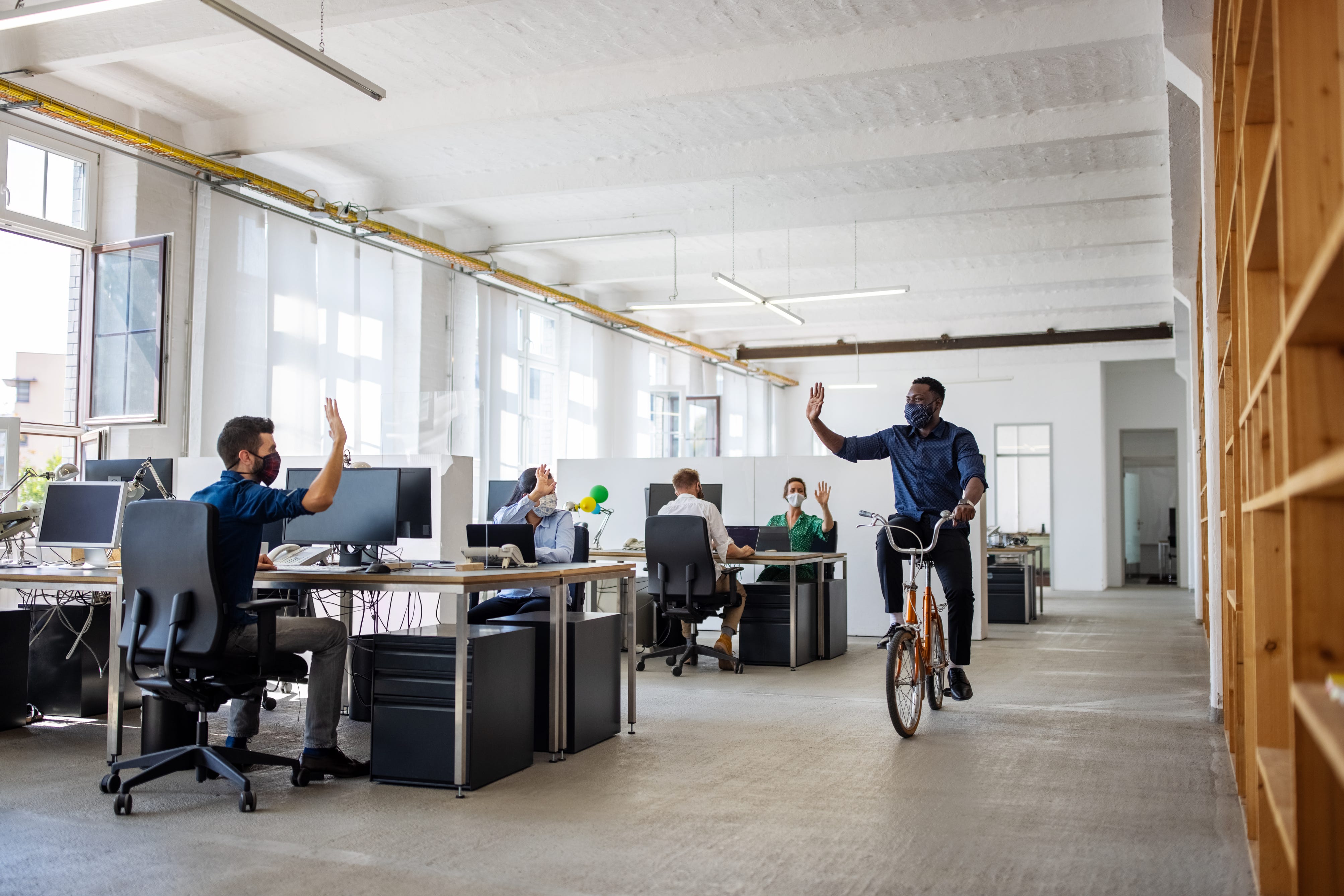 Atom Bank is the latest among several firms that have piloted four-day work weeks before.

The UK's Atom Bank has adopted a four-day work week for its 430 employees, it announced Tuesday.
It's reducing weekly hour requirements from 37.5 hours to 34, and the extra day off is voluntary.
While other firms have done such trials in regional offices or departments, Atom's move is across the board.

A British bank has moved to a four-day work week for all of its 430 employees, making it the latest company to join a trend of firms experimenting with shorter working hours to see if they can reduce workers' stress while keeping productivity up.

Atom Bank, a digital-only bank founded in 2014, announced the policy on Tuesday, saying the truncated work week is voluntary and will have no impact on salaries. While a number of well-known firms have trialed shorter weekly hours in specific departments or regional offices, Atom has extended the option to everyone in the company.

Employees have to clock in 34 hours now instead of 37.5, meaning that they'll have to work slightly longer days if they want to grab that extra day off. Atom expects most workers to take Monday or Friday off, the firm told The Financial Times.

If anyone at the firm prefers not to stay late in the office, they can continue working five days a week, but will still benefit from the reduced hours, Atom said. The policy, the company said in a statement on its website, started on November 1.

The firm said it made the move to improve work-life balance, focus on employees' mental health and wellbeing, and reduce environmental impact.

"It's said that absence makes the heart grow fonder, but the past two years have taught us how important it is that we're able to spend quality time with our loved ones," read Atom's statement.

"On top of this, the extra stress brought on by working through a pandemic has forced many of us to re-evaluate the relationship between our jobs and our personal lives."

Atom CEO Mark Mullen said the firm hadn't seen a drop in productivity or customer service quality yet, but that it would "take time for people to adjust," per CNN Business.

"If you've just spent 20 years in one model and, all of a sudden, you're thrown into a new one, you wake up on a Friday morning you think: 'What am I going to do with all this time?'" Mullen told CNN.

Other firms and regional departments have tried four-day work weeks before, including Unilever New Zealand and Microsoft Japan. Microsoft said it found the experiment boosted productivity by 40% and made meetings more efficient while making workers happier.

Meanwhile, Iceland declared "overwhelming success" in its trials for shorter weekly work hours between 2015 and 2019, and Spain announced a pilot program earlier this year that offers cash to 200 companies willing to test the idea.

Insider has reached out to Atom Bank for comment.