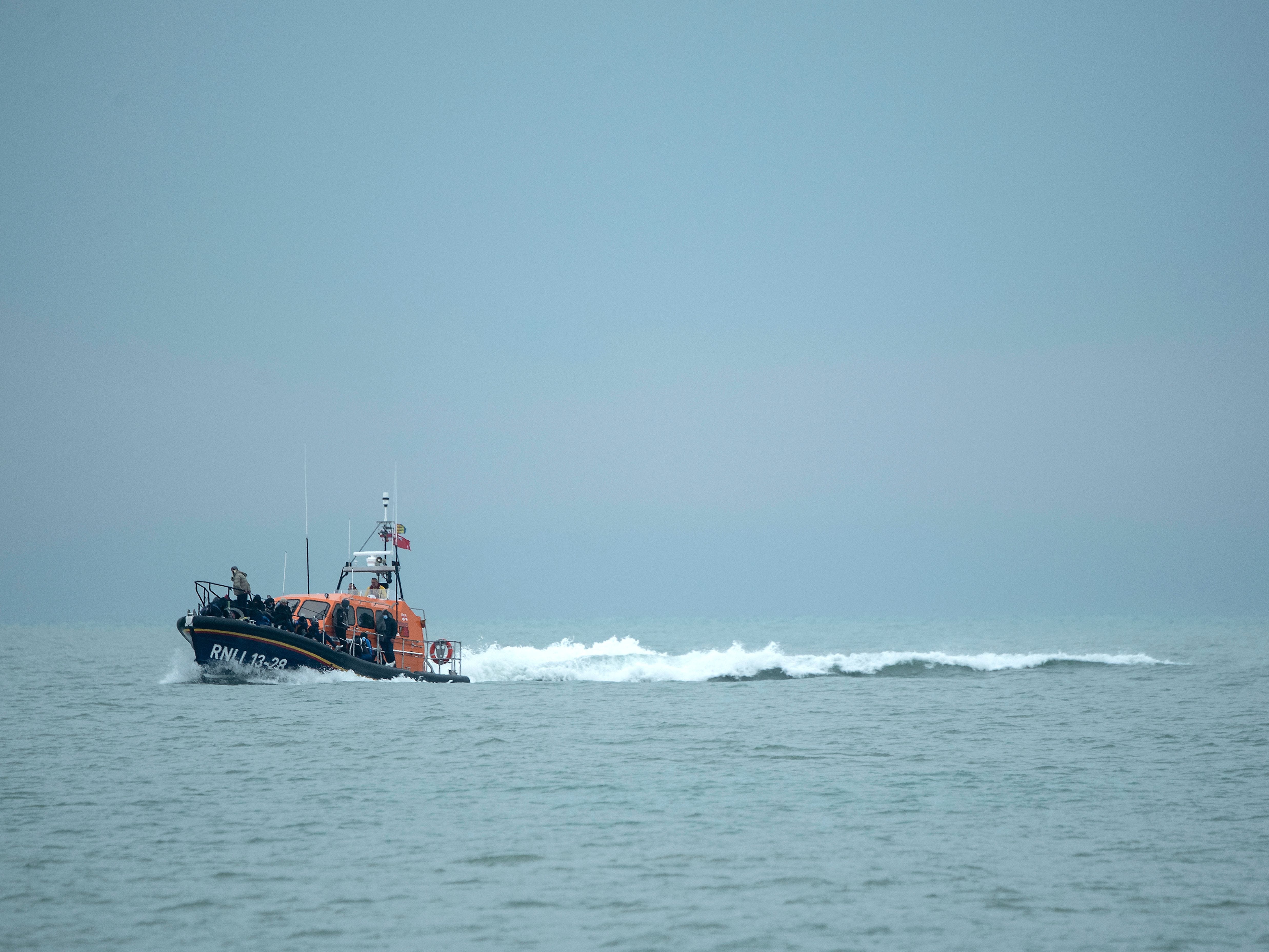 A RNLI (Royal National Lifeboat Institution) lifeboat carrying migrants approaches a beach in Dungeness on the south-east coast of England on November 24, 2021, after they are picked up crossing the English Channel.

Several migrants have drowned while trying to cross the English Channel, the BBC reported.
At least 20 migrants were dead as of around 5 p.m. evening local time, AFP said.
Their boat sank off the coast of France while trying to reach the shores of the United Kingdom.

Several migrants have drowned while trying to cross the English Channel and reach the shores of the United Kingdom, the BBC reported on Wednesday.

French news agency AFP reported that at least 20 migrants were dead as of around 5 p.m. evening local time, citing local authorities, who launched a rescue operation near the French coastal city of Calais.

The identities of the migrants currently remain unclear.

French Prime Minister Jean Castex on Twitter called the shipwreck is a "tragedy."

"My thoughts are with the many missing and injured, victims of criminal smugglers who exploit their distress and misery," he added.

This story is developing. Please check back for updates.