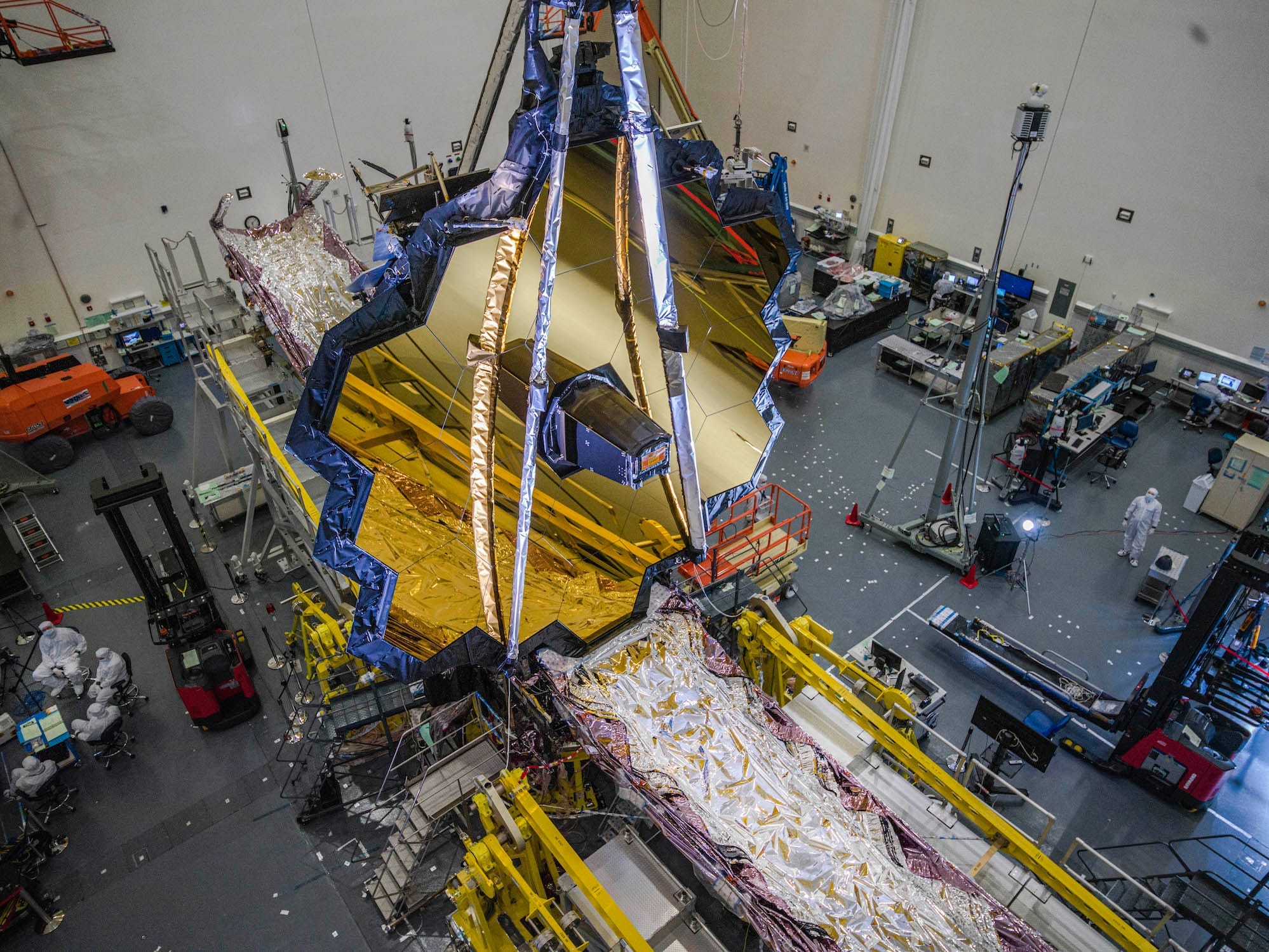 NASA is checking its James Webb Space Telescope for damage after an incident in a launch-preparation facility.
Just weeks before launch, a clamp band snapped off, sending vibrations through the delicate spacecraft.
The $10 billion telescope is NASA's most ambitious space observatory since Hubble launched in 1990.

NASA's James Webb Space Telescope suffered an unexpected jolt as technicians prepared to load the next-generation equipment onto a rocket for launch, the agency revealed on Monday. Now NASA is investigating the delicate spacecraft for signs of damage.

The incident occurred at a satellite preparation facility in Kourou, French Guiana, where Webb is set to launch from in December. Technicians were about to attach Webb to its "launch vehicle adapter" — which connects the telescope to the upper part of the Ariane 5 rocket — when a clamp band snapped unexpectedly, sending vibrations through the delicate telescope. 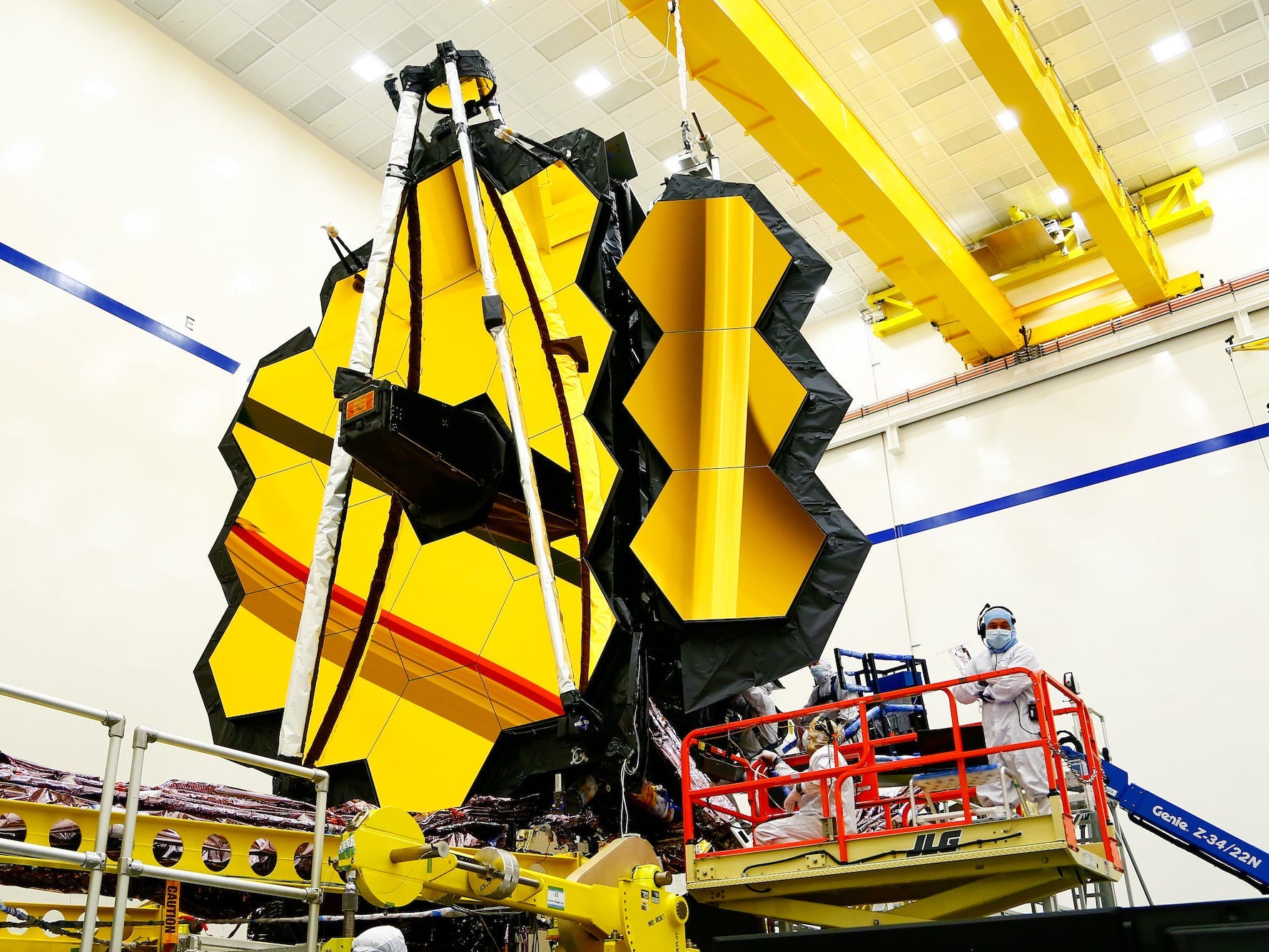 A NASA review board is investigating the incident, including performing tests to determine what caused the clamp release and making sure Webb wasn't damaged by the vibrations.

While Webb was set to launch December 18, NASA has pushed the date to December 22 at the earliest, in order to conduct the investigation. It's the latest in a series of delays that have kept the telescope from launching into Earth's orbit and probing the secrets of our universe. 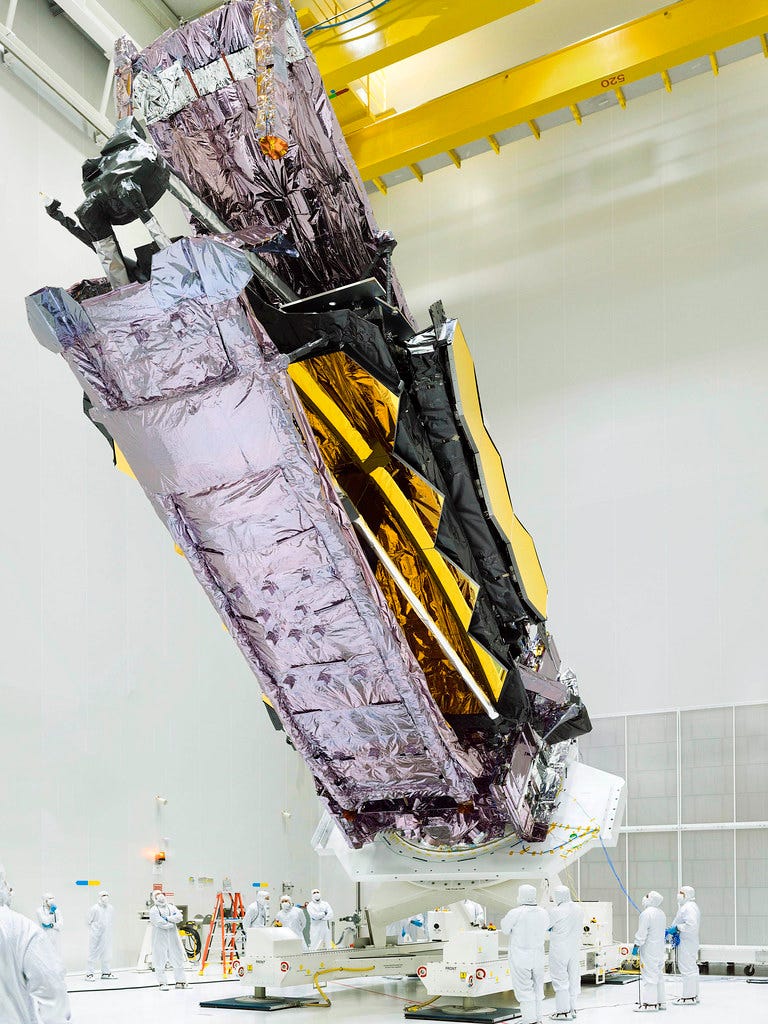 Technicians raise the James Webb Space Telescope to a vertical position inside the clean room at its launch site at Guiana Space Center.

"For sheer caution, what we have done after these calculations is gone back to a small number of subsystems and just done the functional tests," Thomas Zurbuchen, an associate administrator for NASA, said during a Monday press conference.

The tests should ensure that the telescope's systems are still working properly after being shaken.

Webb's launch has already been delayed three times since the start of 2020, due to technical issues and pandemic-driven logistical delays.

The $10 billion telescope is expected to follow the long tenure of the Hubble Space Telescope, which launched in 1990. Unlike Hubble, Webb includes new infrared technology that can detect and record faint signals, to give scientists new insights into the history of the universe. Webb is expected to document the immediate aftermath of the Big Bang, watch how celestial objects form, and study the atmospheres of planets that may host alien life.

Webb was first conceived of in the 1990s and originally cost $500 million, but a redesign and delays have driven its pricetag up to $10 billion. NASA, the European Space Agency, and the Canadian Space Agency collaborated to design the telescope, build it, and prepare it for launch.

NASA said it expects to provide an update this week once testing and damage checks are complete.

"The right thing to do right now, is to do these tests to make sure that everything is as ready as we think," Zurbuchen said. "I hope that in just a few days here, we will be in good shape."